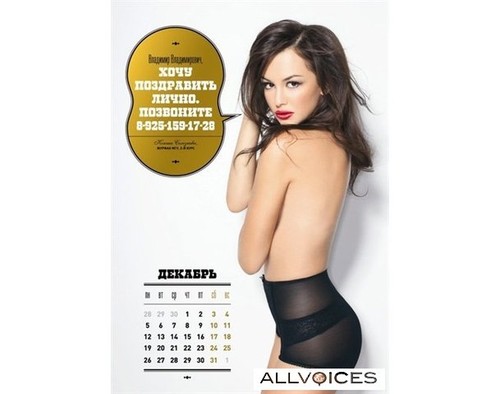 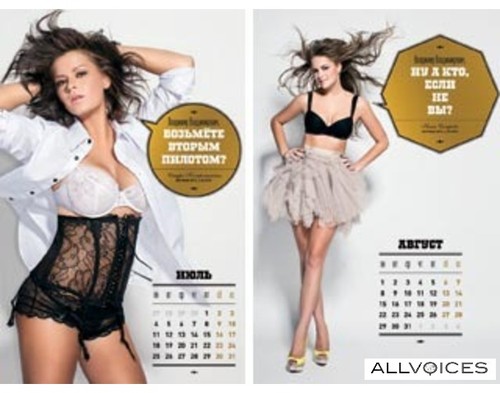 The calendar named "Vladimir Vladimirovich, We love you. Happy Birthday Mr Putin," which features about twelve women wearing only underwear and giving hot slogans.Its been in news that the Students are Journalists at the Moscow State University.

Here is an example –

One of the creators is Perlin said that Vladimir Tabak helped him to publish that calendar.According to him the main idea of the calendar is to portrait the girls who are not simple models but achieved some success in political field.About 50 k copied already been in sale which cost about 260 rubles each which is of 8.71 dollars.